Brandon Doyle Uses First To Get Ahead of Listings

The award-winning Realtor and team leader for The Doyle Real Estate Team in Maple Grove, Minn. saw a relative’s name come up on his First's list of contacts with a higher likelihood of listing their home.“I thought for sure that this was wrong so I didn’t think much of it,’’ said Doyle who had just started using First’s data science approach.

“Then, two weeks later, I walk into the office and there he is sitting at a closing with another agent.’’

‍A year into using the product, Doyle says he’s convinced the solution helps him do a better job of connecting with people who are considering selling their house.

"I haven’t found a better solution to get ahead of listings," Brandon says. ‍

A forward-thinking approach to real estate

Brandon's profile in the industry has been on the rise for a while now. In addition to speaking at Real Estate events across the country, he's a frequent contributor to Inman News, and co-author of Mindset, Method, Metrics - Winning as a Modern Real Estate Agent.

“With First, it’s been interesting to see the people who are identified as highly likely to move. In some cases, they are people I’m already working with. In other times, I catch people on the list that I wouldn’t have normally expected. That really excites me because that means there’s more opportunity there than I would have thought. And, people on the First list have actually listed with us, so that’s great.”‍

I catch people on the list that I wouldn’t have normally expected. That really excites me because that means there’s more opportunity there than I would have thought. And, people on the First list have actually listed with us, so that’s great.

Before using First.io, Brandon tried a predictive analytics tool that was a bust.

“There weren’t any contacts that were being flagged as likely to move at all. When I complained to that company’s sales department, they said it just takes some time. Then, two months later, there were like 180 contacts, which was way too many for me to follow up with. I found that when using First, the amount of people identified as highly likely to move is reasonable and accurate for my market.”

What he likes about First is that it works well with his other successful techniques including meeting regularly with contacts and geofarming.

And it helps him avoid the costly practice of buying leads.

“You can spend thousands of dollars in online marketing and sift through lists of people who don’t want to talk to you. Or, you can work with friends who know you and who are fun to be around. Given the choice, I work with people who want to work with me.”

Brandon says he learned early in his career to focus on relationships. It’s not enough to send a comparative market analysis every quarter. You need to reach out and talk with people. “It’s a lot more fun that way,’’ Brandon says.

“For example, I really like burritos. At least once a month, I invite a bunch of people to meet me for one. We all get there, some don’t even know each other. We have lunch and just talk. I never bring up real estate. I wear my shirt and yes, my car is wrapped, people know what I do, but I let them come to me about it. My goal is to just learn more about what’s going on with those people. I don’t really have an agenda other than to have a great burrito and catch up with a friend.”

First’s monthly list of potential sellers is the starting point for who Brandon calls to set up a burrito lunch.

One month, two names popped up on the potential burrito invite list that left him curious.

It was a couple that had bought what they told Brandon was their dream home just years prior.

“I was interested to know what was happening there, so I gave them a call just to find out what was going on in their life. Come to find out, they had actually broken up and we're going through a divorce. First actually predicted that before I knew or any news came out on Facebook or through any other source.”‍

We have lunch and just talk. I never bring up real estate. I wear my shirt and yes, my car is wrapped, people know what I do, but I let them come to me about it. My goal is to just learn more about what’s going on with those people.

AI conjures a robotic world, but First’s solution is anything but to Brandon.

“I’m spending quality time with those who are most likely to make a change,” he says.

“We have over 2,000 contacts in our database so it’s not possible to follow-up with them every month. First gives me a list that lets me prioritize and make the best use of my time for follow-up.’’

But Brandon doesn’t think First is for everyone.

“If you’re not willing to actually meet with the people that First recommends, then don’t waste your money because you’re not going to get anything out of it. If you’re looking to find out who is most likely to move and you’re ok with having lunch with people you probably already know, then definitely sign up and make use of the data. I haven’t found a better solution to get ahead of listings and help me focus my effort.”

Kristie Edwards: The Best System for Managing A Growing Network

William Huffman: A Strategy For Reaching Out To Potential Customers 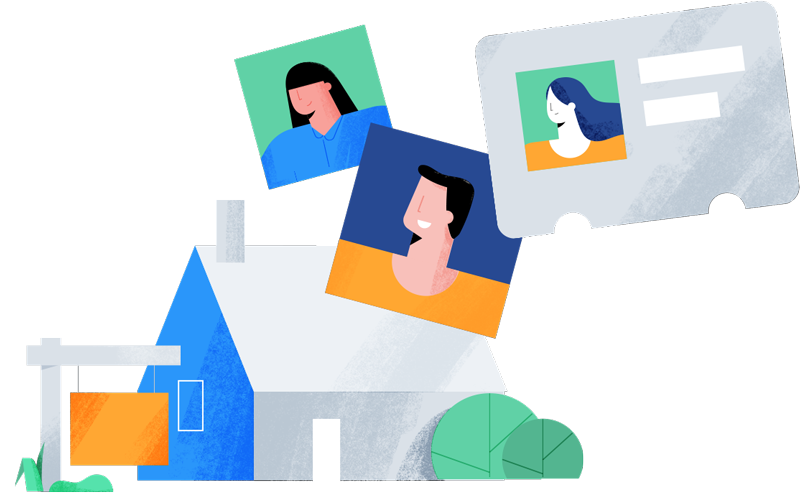 Finally, a solution to manage your network

First helps you prioritize conversations to strengthen your relationships and grow your business.